The World's First Political Bitcoin Candidate – All Politics Is Global

All politics is local, said U.S. Speaker of the House, Tip O’Neill. Maybe he was right when he said it – in 1935 – but he’s wrong today. I’m running for Parliament on the idea that all politics is global.

The world is getting connected in an unprecedented way. Bitcoin is a symbol of this development, and could also play a huge part in changing how the world works.

If you want to support my campaign, you can’t give me dollars, euros or Swedish kronor, you must donate in bitcoins.

I will use your donation to fund my campaign for Parliament in the Swedish elections that take place September 14th. If I get elected I will work for this in Parliament:

Send Bitcoins to this address: 11gpD8hGpDB7KndXb1NJs2ggcYmAgvEX8 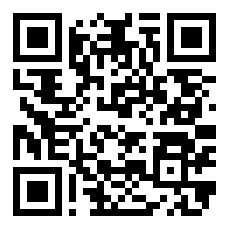 Please also send me an email about your donation: mathias.sundin[at]gmail.com.

(It would be nice to beat potato salad guy :)

Below I will tell you what Bitcoin is, what possibilities this will bring, and what political challenges will need to be handled.

Personally, at first, I only saw the negative headlines about Bitcoin and thought it was some sort of unserious speculation bubble. Then I read up on it and understood that it has the potential to change the world. (Or, really, it was when I realised that I could order pizza and pay in bitcoin).

“Internet was a new way to transfer data. Bitcoin is a new way to transfer money,” says Marc Andreessen, the founder of Netscape, the world’s first popular web browser. As a venture capitalist he now invests millions of dollars in Bitcoin companies. He thinks Bitcoin – or this kind of digital currency and cryptographic platform – is as important as the creation of the personal computer and the Internet.

It’s the digital currency, bitcoin, that has received all the attention and the headlines. But Bitcoin, with a capital B, is a platform that services can be built upon. Digital contracts, digital keys, digital insurances, digital stocks, and so on.

“Bitcoin is a protocol for exchanging value over the Internet without an intermediary”, writes professional services firm Deloitte in an analysis.

Let me give you an example.

Say that you are buying a car from another private citizen. In the future, with your smartphones, you and the seller can sign a digital contract. When both have signed, the agreed-upon money will be transferred from your account to the seller's. Then the digital evidence of the ownership of the car will transfer to you, along with the digital key to unlock and start the car. It’s impossible for the seller to keep a copy of the key, and also impossible to claim that he still owns the car. If there is a dispute, it’s easy to check the contract, the transferring of money and the ownership.

This solves the problem with trust. You don’t have to trust the seller. He can’t grab your check or bag of cash and run away with it. You don’t need to first transfer the money and hope he will keep his end of the deal. When you both have signed the digital contract, the rest of the transaction is done. And the seller of course doesn’t need to trust the buyer. If the money isn’t transferred after the contract is signed, nothing more will happen. The ownership of the car will not transfer and he will keep the key.

Bitcoin has, for the first time, solved the problem with trust in the digitized world.

An entrepreneur who develops a software could potentially reach all these billions of people, and with a simple money transferring system, like Bitcoin, he or she will be able to charge for it easier.

ALL POLITICS IS GLOBAL

When three or four billion people are connected, think of all the different ideas and perspectives that come together. Try to imagine all the innovation that will come from this.

In politics today there is a lot of talk about how we will “create innovation.” People are worried we will not innovate enough. That is not a problem. The real problem will be to handle all the new innovation. Because a lot of this innovation will be disruptive.

The music industry tried to chase down their customers with help of the police, until Spotify came around.

Bitcoin has the potential to be a really disruptive innovation. Money is today the biggest of businesses and a business that governments are deeply involved with, as they control the production of money and also regulate the financial institutions. If people start using a currency not controlled by government and one which also takes away one of the core businesses of the financial world, there will be fighting.

It is of the utmost importance that we send people to Parliament that understand what is happening, and don’t react with sweeping knee-jerk regulations or an outright ban of digital currencies altogether.

If regulation is needed, we will have to take a very balanced approach and not rush into anything.

HOW DOES BITCOIN WORK?

I thought long and hard how to explain how Bitcoin works, but then I realized that it's not important. It’s not important how the internet works or how the smartphones work. At least not for most people. What’s important is what can be done with it, which is what I have tried to describe above.

But if you are really interested, here are a couple of links that explain how Bitcoin works:

WHY ALL THE NEGATIVE HEADLINES?

The main reason for all the headlines is the volatility of bitcoin. The number of users are growing fast – around 3-5 million people today – and the value of all bitcoins is around 7-8 billion dollars. But that is little compared to other currencies, and as a consequence the value of a bitcoin has gone up and down a lot.

Also, some of the services have been unstable and unserious. That’s usually the case with some new innovation until some sort of standard emerges or bigger actors get onboard. This it what we now are seeing, especially in Silicon Valley, where millions of dollars are being invested in Bitcoin companies.

There has also been some criminals using bitcoin to launder money. Actually, this will be harder with bitcoin than most other currencies, because bitcoin is only semi-anonymous.

The biggest problem for bitcoin right now is confidence. If businesses and consumers don’t have confidence in bitcoin, it can never develop into its full potential. If the negative takes over, the use of bitcoin will not spread and the use of the platform will not grow enough. But then, probably, some other platform based on the same sort of technology will take its place.

I’m 36 years old and currently the Deputy Mayor of Norrköping, running to be a Member of Parliament representing my county, Östergötland, for Folkpartiet, a liberal center-right party.

I was an MP in 2012, when our current MP was on parental leave (yep, that’s how it works here). Then I voted against the implementation of the EU's data retention law in Sweden, and also against the expansion of the mass surveillance law.

This is what I will work for in Parliament:

Send the Bitcoins to this adress: 11gpD8hGpDB7KndXb1NJs2ggcYmAgvEX8

If you want me to know you sent me an donation, send me an email: mathias.sundin[at]gmail.com.

You can donate Bitcoin to all mayor political parties in Sweden, read more: http://www.bitcoinvalet.se/

This is nice, now Bitcoin can also be donated… Easiest way until now to help others.

Over at Moon Bitcoin you can get free satoshis. 163 sat. every 1 hour.

In my opinion, the ultimate Bitcoin exchange company is YoBit.

I wish you good luck with the campaign! I saw you were mentioned on Bitcoingg.com as well!

Goldman Sachs Is AFRAID Of This!

This Will Make Banks Obsolete!

Cryptocurrencies such as Bitcoin have taken over the world by storm.

Goldman Sachs and other central banks all over the world have realized they cannot fight against Bitcoin and other Alt coins.

They are especially afraid that you’ll see this SHOCKING video.

Because it’s not only limited to US companies.

So what does this mean?

You can now make back the money back you didn’t get a chance to make during the late 90s and early 2000s tech boom.

The good news is that the vast majority of people out there have no idea what this is.

Just watch this shocking video and learn how you too can do it!

Even though Bitcoin is going through a rough pace in the stock market, doesn't mean the technology stops moving. I like the approach you guys are taking, and if someone wants to learn more about Bitcoin then this guide helped me a lot in the beginning, and it also taught me how to avoid unnecessary fees Get started with Bitcoin

Just Visit Us For Up To Date
https://www.knowyourself.live/


Any Confussion? Visit Us

Currency World has more than 165 fiat currencies and 2674 cryptocurrencies. It is reliable, easy to use, and pleasing to the eye. Currency World is also available in 67 languages!

Link to currency converter from Bitcoin to the user's detected home currency:
https://currency.world/convert/BTC

Hi there,
Thank you so much for the post you do and also I like your post, Are you looking for bitcoin halving countdown in the whole USA? We are providing qrcode btc, QR Code Bitcoin, Free Bitcoin QR Codes, BTC QR Code, BTC QR, BTC Address To QRCode and our services are very fast.
Click here for Contact: +1 626 245 8049 Email: disujarock2312@gmail.com 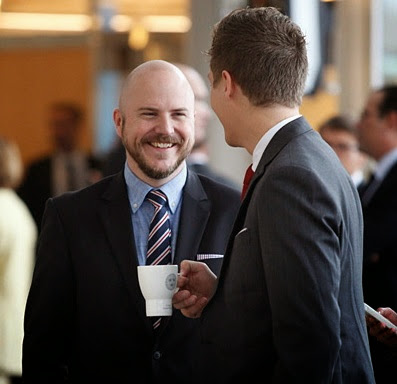 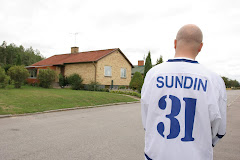